The elbow is a complex joint formed by the articulation of three bones –the humerus, radius and ulna. The elbow joint helps in bending or straightening of the arm to 180 degrees and assists in lifting or moving objects.

The bones of the elbow are supported by

The biceps muscle, located in the front of the upper arm allows you to bend the elbow and rotate the arm. Biceps tendons attach the biceps muscle to the bones in the shoulder and in the elbow.

The elbow is a hinge joint made up of 3 bones – humerus, radius and ulna. The bones are held together by ligaments to provide stability to the joint. Muscles and tendons move the bones around each other and help in performing various activities. Elbow dislocation occurs when the bones that make up the joint are forced out of alignment.

Elbow Injuries in the Throwing Athlete

An athlete uses an overhand throw to achieve greater speed and distance. Repeated throwing in sports such as baseball and basketball can place a lot of stress on the joints of the arm, and lead to weakening and ultimately, injury to the structures in the elbow.

Osteoarthritis of the Elbow

Cubital Tunnel Syndrome is a condition characterized by compression of the ulnar nerve in an area of the elbow called the cubital tunnel.

Golfer’s elbow, also called Medial Epicondylitis, is a painful condition occurring from repeated muscle contractions in the forearm that leads to inflammation and microtears in the tendons that attach to the medial epicondyle. The medial epicondyle is the bony prominence that is felt on the inside of the elbow.

The elbow is formed by the junction of the humerus (upper arm bone), and radius and ulna (forearm bones). These three bones articulate to form the elbow joint, which is held and supported by muscles and strong ligaments called the lateral ligament (on the outer side) and ulnar collateral ligament (on the inner side). Injury to these ligaments cause elbow instability and dislocation of the joint.

The elbow is a joint that consists of three bones – the humerus (upper arm bone), radius (forearm bone) and ulna (forearm bone). An elbow fracture most commonly occurs when your child falls on an outstretched arm. It can lead to severe pain in the elbow and numbness in the hand. Fractures are more common in children due to their physical activities as well as their bone properties. 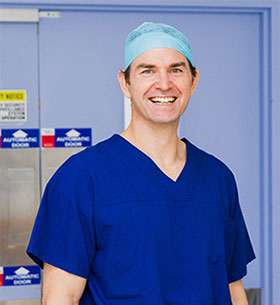